Please note that the information contained herein is not to be interpreted as an alternative to medical advice from your doctor or other professional healthcare provider. If you have any specific questions about any medical matter, you should consult your doctor or other professional healthcare providers, and as such you should never delay seeking medical advice, disregard medical advice or discontinue medical treatment because of the information contained herein.
Go to Top
Thrombosis Canada - Thrombose Canada 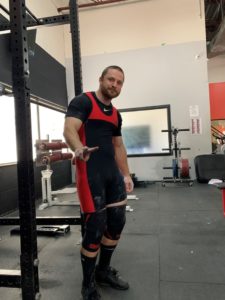 Corey Alexander Ross was a beloved son and brother and a respected friend and colleague. His long journey through life was unfortunately cut short due to complications that arose from a Deep Vein Thrombosis going undiagnosed despite very clear medical indicators. He suffered an anoxic brain injury as a result of going into cardiac arrest after his DVT became a Pulmonary Embolism on September 22nd 2021. Corey would succumb to the anoxic brain injury on October 2nd 2021 just 6 weeks after being misdiagnosed with a lower calf soft tissue injury.

Corey’s story serves as a real life reminder of the importance of Thrombosis Canada’s mission to bring awareness to the public, healthcare professionals, emergency room departments, and athletes about these life threatening event.

Thank you for your gift in Corey’s memory.